Duties And Responsibilities Of A Mayor

The duties and responsibilities of a mayor can vary significantly depending upon the city that elects them. In some cities, the mayor primarily has a ceremonial role while in others he is responsible for myriad administrative, legislative, and operational tasks. Regardless, the office of the mayor is frequently a coveted one, and many people are anxious to fulfill these duties in their community.

This type of mayor is often found in cities where the government is structured as a council-manager system or as a council-weak mayor system. This governing style is often found in smaller towns and cities. With this power structure the council, which is essentially a panel of citizens who are responsible for most administrative and operational procedures, wields the most influence. The mayor is typically a member of the panel who has been elected to oversee the panel’s activities. They may also serve as a figurehead for the community, making appearances at special events and welcoming visiting dignitaries. The ceremonial mayor does not have the power to veto decisions made by the council and generally does not set up offices of his own to handle administrative tasks. 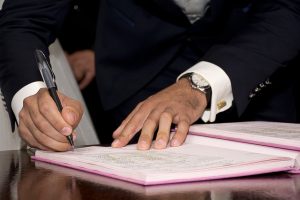 The Mayor with Legislative Authority

In the council-strong mayor power structure, the city’s management system is quite different. This government functions much like a state or federal government entity in which an elected leader wields considerable legislative power. The mayor in this type of power structure may be responsible for making and implementing laws, and usually has the power to veto laws that are voted on by the council. Mayors who have legislative authority serve as the head for various departments within the city. This may include departments like:

The mayor has the power to make hiring and firing decisions. They may also be responsible for creating special departments geared toward addressing specific issues their city may be facing. For instance, a mayor might set up a gang task force or a department designed to combat the proliferation of meth production facilities. This mayoral role comes with a great deal of responsibility.

Duties Common to Both Types of Mayors

Mayors are frequently responsible for their city’s budget. This involves deciding how funds will be allocated in the coming fiscal year. Mayors also serve as public relations contact and may have to interact with the media often.