Res Ipsa: When Things Speak For Themselves 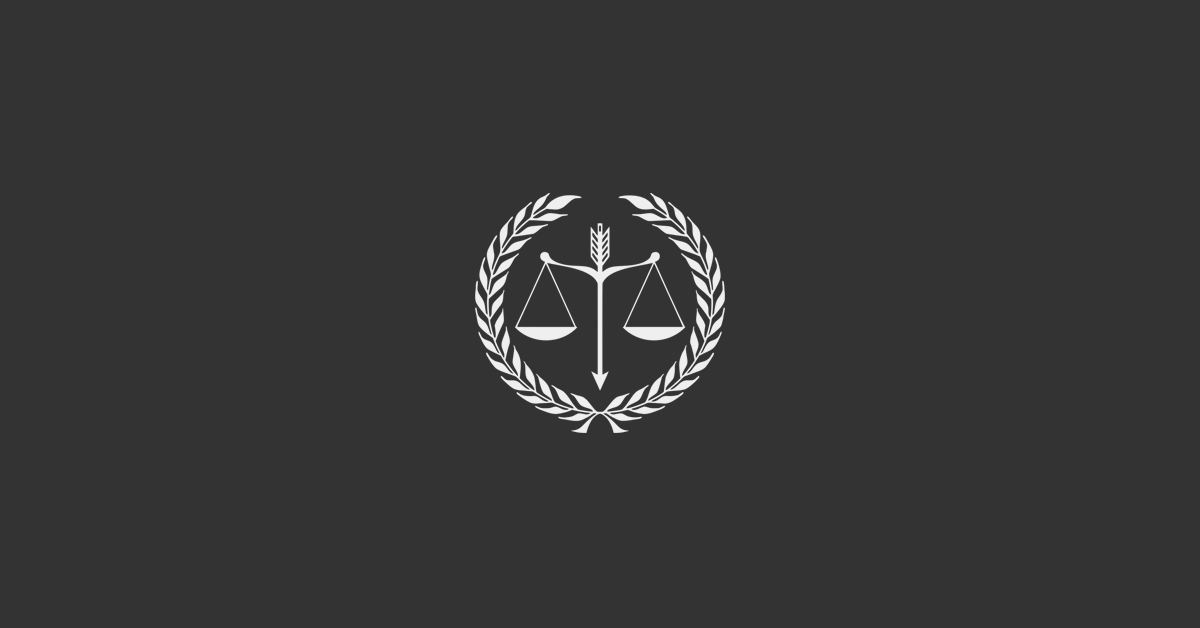 Someone injured in an accident or other mishap might be able to sue for compensation as long as the victim’s lawyer can prove that the other party acted negligently. In most cases, there is sufficient evidence to prove the negligent acts and the identity of the party committing them. However, the legal doctrine of res ipsa loquitur or simply res ipsa as it is frequently referred to by attorneys and judges might be helpful.

Negligence and compensation for its victims

Few jurors would hesitate to award compensation to a person injured in an accident where the evidence in the case shows that the defendant was driving his car by holding the steering wheel steady with his knees because his hands were occupied by a cellphone on which he was talking while holding a half-eaten cheeseburger. The facts almost scream out, “negligence.”

Negligence is the duty of care owed to others to refrain from acting in a manner that might subject them to harm. The law holds someone who acts in a negligent way responsible for the damages suffered by the injured party provided there is evidence to support the existence of a negligent act.

Proving that someone was negligent begins by establishing the standard of care from which the person’s conduct is claimed to have deviated. For instance, drivers of motor vehicles are expected to maintain control over their vehicles; keep a proper lookout for pedestrians, motorists and others who might be using the roads and highways; and obey the traffic laws. The hungry, texting driver in the previous example would appear to be violating the standard of care, but proving it requires evidence of the negligent conduct.

In most personal injury cases based upon negligence, the burden of proving negligent conduct is on the injured party, but there are cases in which evidence of negligence might not be as clear and readily accessible as in the example presented here. For those types of cases, the doctrine of res ipsa loquitur might offer help for an injured party. 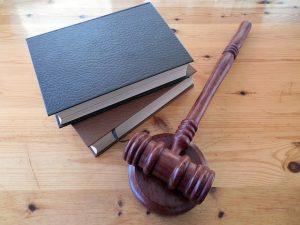 Creating an inference to recover damages

There are many situations that happen in life when people are seriously injured without someone’s negligence being as clear as with the hungry and talkative driver in the first example. Assume that instead of the facts in the earlier example, our driver pulled over to the curb to eat his lunch. As he bit into his cheeseburger, he felt a sudden pain and noticed blood on the inside of his mouth. Spitting out the remains of the cheeseburger, he notices a shard of glass that was in the burger.

Everyone would agree that shards of glass do not belong in cheeseburgers, but obtaining compensation might be impossible because of the difficulty in proving how the glass got into it. This is where invoking the res ipsa loquitur doctrine could turn a case in favor of the injured plaintiff.

Res ipsa loquitur permits an injured party to rely upon a judge or a panel of jurors to apply principles of common sense to infer the presence of negligent conduct from a specific set of facts. If those facts prove that the injuries occurred under circumstances that could not have existed without there being negligence on the part of the party against whom compensation is sought, the trial judge or jury can infer negligence without requiring proof of it from the accident victim.

The thing speaks for itself: Flying Barrels

Res ipsa loquitur is a Latin term that means “the thing speaks for itself.” It was first applied in a case in which a large barrel fell several stories from a warehouse window and struck a passerby on the sidewalk below. The injured person was unable to gather any evidence to prove how or why the object fell through a window of the building, so the attorney argued to the court that barrels don’t normally fly through open windows without there being some negligent conduct at work to assist it in achieving flight.

According to the victim’s lawyer, the facts of the accident were such that no conclusion other than negligence on the part of the owners of the warehouse could account for the flying barrel and the injuries suffered by the unsuspecting victim. Thus was born the doctrine of res ipsa loquitur.

The application of “the thing speaks for itself” should be clear from the case of the falling barrel. The facts and circumstances the victim’s attorney presented to the court were sufficient to establish that a barrel hurtling several stories to the ground speaks for itself and no additional proof of specific conduct of the owners of the warehouse is necessary to establish negligence.

Going back to the hungry driver and the piece of glass, glass does not belong in a cheeseburger under any circumstance other than one associated with an act of negligence on the part of whoever was responsible for preparing it. Using res ipsa loquitur to obtain compensation on behalf of the hungry driver requires more than simply proving the existence of the glass shard. Modern application of the res ipsa loquitur doctrine has imposed a few requirements before courts or jurors can be asked to infer negligence. 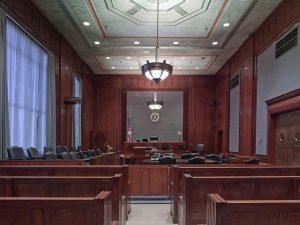 Creation of an inference: The elements necessary for a res ipsa case

As demonstrated in the case of the flying barrel, res ipsa allows jurors to infer that a defendant was negligent without direct evidence showing or proving the negligent act. A defense against a claim for damages based upon res ipsa loquitur could easily be that someone or something other than the defendant in a particular case set in motion the actions that ultimately resulted in injury to the party filing the lawsuit. Successful use of the res ipsa doctrine on behalf of a victim requires proof of the following:

Proving that an event would not have happened except through an act of negligence is usually based upon the specific facts and circumstances of each case. The barrel crashing to the ground, a piece of glass in a cheeseburger or a surgical instrument discovered in the body of a patient long after the surgery was completed are examples of situations whose facts might allow an inference of negligence.

It is the element of res ipsa loquitur excluding other individuals or entities from playing a role in causing the event that can defeat the use of the doctrine and force an accident victim to produce evidence of the specific acts of negligence and the identity of the parties engaging in them. A commonly used method of excluding negligence on the part of anyone other than the defendant in a case is to prove exclusivity of control.

The injured pedestrian in the case of the flying barrel could exclude the possibility of others being at fault by producing evidence that the owners of the warehouse were the only ones in control of the building including the window from which the barrel fell. A patient suing a surgeon for leaving a surgical instrument behind after completion of the procedure could rely upon the fact that only the doctor named in the lawsuit had access to the instrument and to the incision in the patient’s body during the surgery.

A difficulty faced by some accident victims occurs when more than one person or entity could be at fault. If more than one surgeon were present and assisting during the surgery in which an instrument was left in the patient, the doctrine of res ipsa loquitur might not apply because of the possibility that any of the doctors present could have been at fault. Under those circumstances, the burden might be placed on the injured party to prove which of the doctors was the negligent party depending upon the laws and court decisions in the particular state in which the lawsuit is filed.

The absence of the third element of proof required in a res ipsa case, the duty of care owed by the defendant to the victim, is frequently raised as a defense. A building owner owes a duty to pedestrians using the public sidewalks to not engage in conduct that could put them at risk of suffering an injury, such as a falling barrel, but this duty is not absolute.

Assume the owners of a warehouse use a crane to load barrels into their building by lifting them to a window several stories above the ground. They set up signs, orange cones, and yellow caution tape to keep people out of the danger zone. If someone ignores the warnings and is struck by a falling barrel, the building owners could defend on the grounds they satisfied their duty of care by warning of the danger, and any injuries suffered by the plaintiff were caused by his or her own negligent conduct.

Some states have laws restricting the duty someone might owe to other people. Property owners, for example, may not owe a duty of care to someone trespassing on their land. A trespasser suing a property owner might be unable to prove the existence of a duty of care owed and violated by the landowner based on the existing laws. 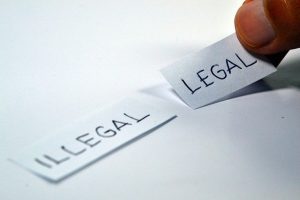 The fact that an accident victim successfully proves all of the elements of res ipsa loquitur does not, necessarily, mean that he or she will receive the compensation sought in the lawsuit. Negligence on the part of the victim contributing to the cause of the accident or to the severity of the injuries can be taken into consideration by a judge or a jury to diminish the damages awarded.

Depending upon the laws in the state in which the accident happened, comparative negligence rules allow for the reduction of the amount of compensation awarded in a personal injury case by the percentage of negligence attributable to the victim. For instance, if a jury determines that a construction worker was injured by a falling object within the exclusive control of the defendant at the time of the accident, it could reduce the amount of the damages it awards by the degree to which it believes that the failure of the injured worker to wear a hardhat on the construction site contributed to the severity of the injuries.

The res ipsa doctrine would help the injured worker prove liability on the part of the defendant in causing the accident. On the issue of damages, however, comparative negligence issues could be raised as a defense by the defendant to diminish the amount of compensation.

Personal injury laws vary from state to state, so the res ipsa loquitur doctrine as applied by courts in one state might be slightly different than how it is applied in another. States have strict rules pertaining to how long an injured person has within which to file a claim for damages, and misapplication of the res ipsa doctrine or any particular legal theory that results in dismissal of a claim could leave a victim without time to refile.

A consultation with a knowledgeable personal injury attorney is the best course of action for anyone injured as a result of the conduct of another party. The legal advice and guidance of an attorney could help to avoid losing the right to sue.

Two Explanations for the Language In Legal Documents
Is Slander Protected by the First Amendment?