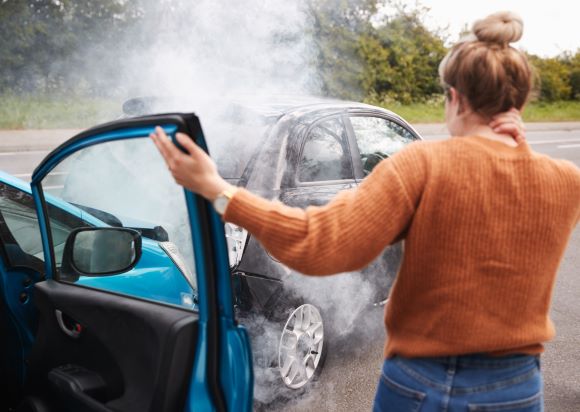 Were you or a loved one injured in a car accident?

Get matched with an accident attorney in 60 seconds or less.

If you’ve been in a serious car accident and seeking compensation from the other party, you may have discussed the possibility of a settlement. Recovering from a car accident can be stressful, but the auto accident settlement process does not have to be. Here are answers to some of the most frequently asked questions about settlements.

What Is an Auto Accident Settlement?

In law, a settlement is defined as the agreement that ends a dispute and includes the dismissal of the rest of the claims against the defendant. In a car accident case, it means you agree to accept a certain amount of money for your pain, suffering, and any other damage incurred. It means the lawsuit is over and you cannot change the terms later, even if you discover new injuries or other reasons you think you deserve more money.

One or both parties may choose to settle a case rather than go to trial to avoid negative publicity. Terms of settlements are often kept confidential for this reason, either to avoid looking guilty, in the defendant’s case, or to keep the amount of money received under wraps, in the case of a successful plaintiff. The settlement process is useful to parties who want to resolve the matter and avoid messy, expensive litigation.

What Are the Steps in an Auto Accident Settlement Process?

Every case is unique and unfolds differently. Some claims settle without a lawsuit ever being filed, and some settle after a lawsuit is filed but before trial begins. If an insurance company offers to accept your claim and you begin the settlement negotiation process, the steps will roughly include:

If the insurance company denies your demand or their offer is so low you don’t think you’ll be able to negotiate an amount acceptable to you, then you may choose to file a lawsuit. Sometimes the threat of a jury trial will encourage insurance companies to settle on a higher amount, but it depends on how strong the evidence is in your case. If you do file a lawsuit, the parties will engage in discovery, or evidence gathering.

Settlements often take place after discovery but before going to trial, since both sides see the extent of the evidence against them and may be inclined to avoid trial. Still more settlements take place after trial begins, with either side holding out on a settlement agreement as long as possible for various reasons.

How Long Will the Auto Accident Settlement Process Take?

Understandably, plaintiffs want to know how long it will take to settle an accident claim. You may have medical bills piling up or be dealing with lost income from missing work due to the accident. How long should you expect the process to take?

The car accident settlement process takes slightly less than one year on average, with timelines ranging from a few months to two years. Settling quickly is appealing because you get paid faster, but it’s not always advantageous to settle quickly.

If you have bills piling up, getting any payout as fast as possible may be your priority. However, taking more time to calculate your damages, gather strong evidence, and draft the best demand letter or lawsuit possible could pay off in the end with a much higher payout. It comes down to the strength of your case and whether you’re willing to spend more time waiting for a potentially higher payout.

How Much Are Car Accident Settlement Payouts?

The answer to this question heavily depends on the facts of your case, and therefore can only be estimated by your attorney. The logical answer is that your payout should be roughly equal to the costs you’ve incurred, as the goal of compensatory damages is to put you in the same position you were in before the accident.

Calculating a payout based on medical bills and repair costs seems straightforward. But what about pain and suffering, lost wages, or punishment for wrongdoing on the part of the driver who is at fault? Those items are often subject to compensation but are more difficult to calculate. An experienced attorney will let you know what to expect.

Do I Need an Attorney for the Settlement Process?

You have the option to represent yourself in an insurance demand or lawsuit, but hiring an attorney is always a smart move. Since most personal injury attorneys get paid on a contingency fee, meaning they only take a portion of what you win, you won’t have to worry about paying out of pocket. Hiring a personal injury attorney for your car accident settlement will lessen the emotional burden of recovery and allow you to move on with your life more quickly.

Have Questions About the Auto Accident Settlement Process?

The settlement process can seem daunting in the months after a car accident. Find your match with an experienced attorney who can guide you through the process.

Injured in a car accident?

Get matched with a car accident attorney in 60 seconds or less.
Get a free evaluation

How to Check Your Driving Record: A State-by-State Guide

How to Get Compensated for Common Car Crash Injuries

What to Do in a Car Accident: A Step-by-Step Guide

How to Get a Police Report for a Car Accident: 5 Tips

What Is a Salvage Title?

How Do You Look up License Plate Numbers?