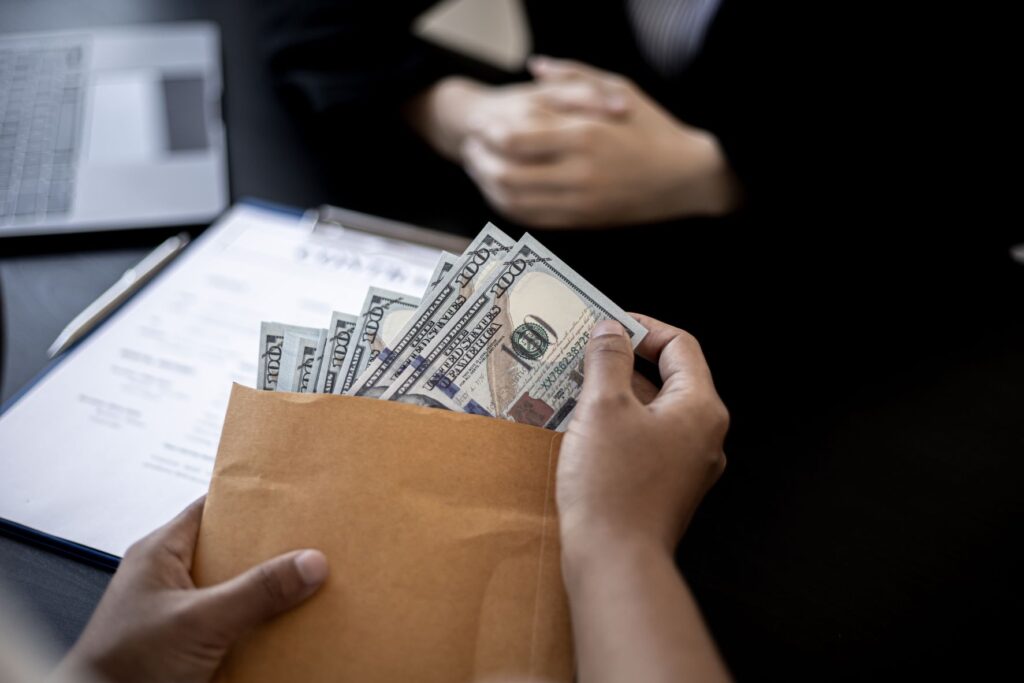 You may be familiar with racketeering in the context of prosecuting mafia groups like the Genovese and Gambino crime families and the Chicago Outfit. In addition to numerous prosecutions of organized crime, authorities have brought racketeering charges against groups like the Hell’s Angels, the Los Angeles Police Department, and Major League Baseball. Racketeering charges have brought down corrupt politicians like Rod Blagojevich and financial fraudsters like Michael Milken.

But what is racketeering, exactly? Unlike most other crimes, racketeering refers to a pattern of illegal activity as part of a larger enterprise and not one specific crime. This makes it similar to the crime of ‘conspiracy,’ which requires criminal action by two or more people.

One well-known example of a RICO scheme is a ‘protection racket,’ where a gang offers protection for businesses against vandals and punishes non-payment with violence or vandalism. However, racketeering is far broader than this; many types of crimes can fall under the definition. To be convicted under RICO, an individual must have:

RICO allows prosecutors to tie crimes together that further a criminal enterprise in order to enhance the penalties. For instance, a person who breaks two windows in furtherance of a protection racket’s agenda would face more severe penalties than if they had merely engaged in the acts as an isolated event.

RICO also provides a means for parties damaged by a criminal organization to pursue compensation. Victims can bring civil lawsuits against individuals, businesses, or groups for damages they suffered due to the criminal organization’s actions. Both federal and state laws allow significant multipliers on recoverable damages, i.e., a victim may be entitled to recover three times the amount of their actual damages.

What Is a Predicate Act?

Federal law lists more than 35 crimes as predicate acts, including:

Many more offenses can support a charge of racketeering; definitions in 18 U.S. Code § 1961 set out more than 50 specific offenses and several catch-all provisions. Most states also have RICO laws listing additional offenses under a similar prosecution framework.

What Is a Racketeering Enterprise?

For RICO to apply, a person’s criminal actions must be related to a ‘racketeering enterprise.’ This can be a criminal organization like a crime family, street gang, or drug cartel. A legitimate corporation or other non-criminal association like a corporation, political party, or managed care company can also be the enterprise through which individuals commit racketeering crimes. For example, an organization campaigning for a new law may have many innocent members who genuinely believe in its mission, along with individuals using it to embezzle funds.

What Is Racketeering Activity?

The third requirement is a pattern of ‘racketeering activity.’ This requires two underlying acts within 10 years and evidence that the acts are related to or threaten continued criminal activity.

Racketeering charges will likely apply to many other situations as the world’s criminal landscape changes.

What Is Racketeering in the Modern Era?

Although RICO was enacted mainly to prosecute organized crime, mafia-type groups are no longer as powerful and prevalent as they were in the 1970s and 80s. However, federal prosecutors continue to use the racketeering statutes to combat crime. Examples of recent prosecutions include:

Why You Should Care About Racketeering

Racketeering enterprises like the mafia, street gangs, and human trafficking organizations are often brought down after large-scale investigations by law enforcement. However, RICO prosecutions also depend on information and testimony provided by individuals.

Individuals and organizations such as political action committees, street gangs, protest groups, terrorist organizations, and financial organizations are the subject of ongoing RICO investigations. These groups can have many members who do not knowingly participate in or support their illegal activity. People who become aware of criminal activity in their organization are protected from retaliation or harm if they “blow the whistle” about racketeering. They may also be entitled to compensation if they have suffered damages.

What Is the Punishment for Racketeering?

RICO no longer has a set penalty. Current federal sentencing guidelines assign values to every federal crime using a point system of 1 to 43, representing escalating baseline prison terms and fines. RICO offenses are initially assigned a 19 or the level of their highest predicate crime, whichever is greater. For example, making a payment to obtain public office usually has a base level value of 8 points. If this is one of the predicate crimes used for a RICO charge, it will escalate to 19 points. On the other hand, first degree murder has a base value of 43, which would stay the same.

The guidelines provide conditions that can increase or decrease the penalty schedule and allow some judicial discretion. Prison terms can vary significantly from case to case. This is because sentencing takes into account many factors, including the circumstances of the crime, the defendant’s criminal history, and the damage to the victims and society at large.

A convicted defendant faces a maximum penalty of 30 years to life imprisonment for each count of racketeering. They can be fined up to twice the amount of their illegal profits. They also forfeit all rights in the enterprise (such as their elected office or stock shares) and profits from the racketeering activity. This helps protect the public from corrupt individuals returning to criminal activities in different roles.

Now that you can answer the question, What is racketeering? you’ll know what to do if you suspect that you may have information about a racketeering organization. If you’ve been charged with a racketeering offense, consult with a criminal defense attorney. These situations can be complicated — and sometimes dangerous. An attorney can help protect you.