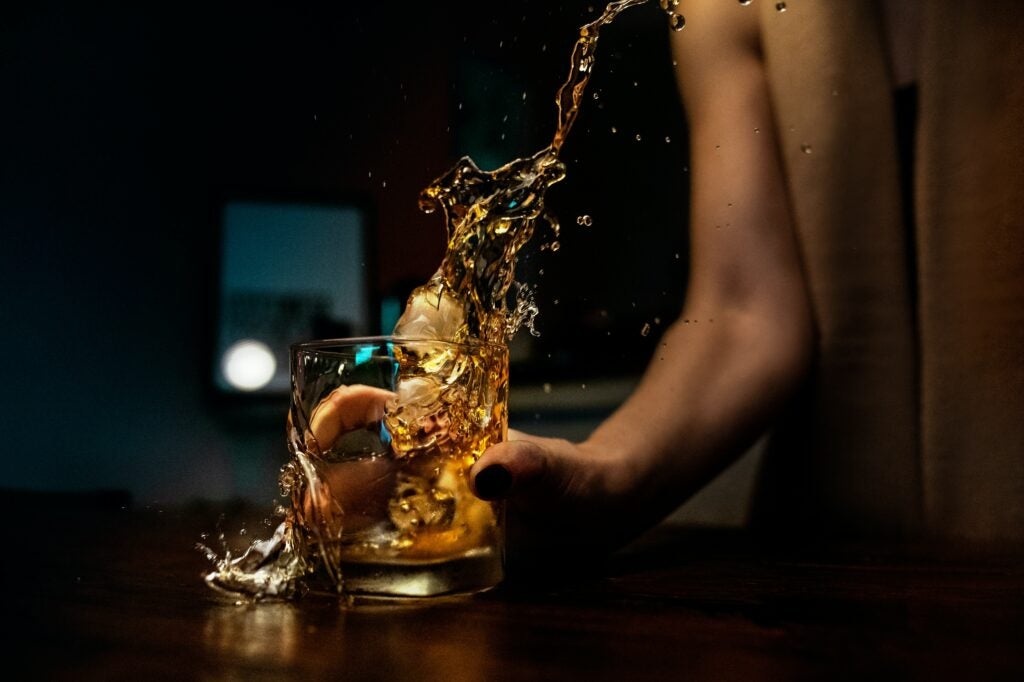 Arrested for DUI or DWI?

Get connected with a DUI lawyer in 60 seconds or less.

There are many types of criminal charges a person can face after consuming alcohol. Many depend on the jurisdiction where a police arrest was made, and some may include charges relating to the consumption of other substances. These charges range from public drunkenness to driving while under the influence. While some may result in misdemeanor charges, others may carry more serious criminal charges resulting in jail time. It is important for everyone planning to consume alcohol in public or in private to be aware ahead of time of various state and local laws which may apply to consuming too much.

What Is an Alcohol-Related Crime?

In most states, operating a motor vehicle with a blood-alcohol content (BAC) level of 0.08 or higher is illegal. Those driving commercial vehicles, such as trucks transporting goods, may be charged with drunk driving with a BAC of only 0.04 or higher. In some states, BAC levels which may result in a drunk driving charge may be even lower for regular drivers. For example, in Utah, a person can be charged with driving under the influence with a blood-alcohol content of only 0.05.

Alcohol-related charges do not only involve driving a motorized vehicle while under the influence of alcohol, however. In some jurisdictions, riding a bicycle, a lawnmower, or even a skateboard with a BAC of 0.08 or more may result in an arrest. While most tend to think that alcohol-related charges stem from driving, the fact is that there are several other offenses which can be applied to a person who has consumed alcohol above the legal limit, and people should be aware of them before they choose to do so.

Driving Under the Influence – Often referred to as a DUI, DWI, or OVI, driving under the influence of alcohol or drugs is one of the more serious charges one can garner.

Wet Reckless – Reckless driving may be a crime in and of itself. However, when a driver has consumed alcohol and is suspected of reckless driving, this is known as a wet reckless in some jurisdictions. This charge may differ from a DUI in that a person’s BAC may technically be within the legal limit or considered to be right at the limit’s borderlines. Commonly cited as a misdemeanor or infraction, a wet reckless can be counted as a prior DUI conviction if a person is ever stopped for a drunk charge a second time.

It is not uncommon for people to also lose employment after incurring certain types of drunk charges, too.

Each of these penalties is used as hopeful deterrents to future alcohol-related crimes. Although exact charges and penalties vary from state to state, most apply a variation of all of the above. The types of alcohol-related charges and their subsequent penalties may also depend on whether it is a person’s first offense or if they’ve had previous offenses.

While DUI-related offenses are the most common types of drunk charges, others do not involve a moving vehicle and may include:

Merely being drunk in public may be a crime in some municipalities. Typically, these laws are enacted so that the general public doesn’t have to come into contact with people who are under the influence of drugs or alcohol. Under this category, “drunk walking” may also be considered. While not a legal charge, people walking while intoxicated are less likely to observe safety laws, which may lead to injury or death. As such, police may observe someone walking while under the influence of drugs or alcohol and stop them for public intoxication as an effort to prevent such accidents.

It is no secret that bad conduct is sometimes fueled by alcohol. Laws against drunk and disorderly conduct are similar in design to those of public intoxication. People who are belligerent or who become a nuisance while intoxicated can be cited or even arrested for drunk and disorderly conduct when in a public place. Typically, this does not include social gatherings where alcohol is being served but relates mostly to places where others are not drinking and drunken behavior is considered offensive, threatening, or is causing a spectacle.

The legal drinking age in most of the United States is 21 years of age. In some U.S. territories, the age may be 18 years of age. Minors found consuming alcohol before the legal age may be cited or arrested for underage drinking.

Supplying a Minor With Alcohol

Anyone found giving an underaged person alcohol can be charged with a crime. Selling alcohol to a minor or purchasing alcohol on behalf of a minor falls under this category. Also known as contributing to the delinquency of a minor, providing drugs or alcohol to a child are expressly forbidden by law.

Other, more serious, offenses may not be specifically classified as types of drunk charges, but are commonly associated with intoxication and may include:

Everyone consuming alcohol should be aware of the effects of consuming too much. The same applies to people partaking of mind-altering drugs, even when prescribed by a doctor. Various types of criminal charges may be applied if police stop a person suspected to be under the influence and other crimes committed under the influence can be life-altering.

Drunk Driving By Any Other Name

The acronyms used to describe the different types of drunk driving charges may also be different. Here is a brief list of those used in different municipalities:

While reviewing the different types of alcohol-related charges, it is worth noting that having an open container of alcohol inside a car or truck is also illegal in most jurisdictions. This can lead to charges whether or not any alcohol has actually been consumed. In fact, currently, 43 states have “open container” laws. Under these laws, each and every adult passenger, as well as a driver, may be cited for an alcohol-related charge. Penalties for these charges may increase in severity if a vehicle crash occurred while an open container of alcohol was present inside the car or truck.

While the types of alcohol-related charges can vary according to the jurisdiction where they were first applied, all charges carry some sort of legal penalty if a person is found guilty. Convictions can damage a person’s personal and professional reputation, as well as have a direct impact on employment and future earnings. Such can also be expensive as legal fees, fines, impound costs, alternative transportation expenses, and costs relating to property damages may apply. Certain types of drunk charges can certainly affect one’s ability to drive a moving vehicle in the future and some may even result in a person being jailed or imprisoned.

For those of legal age to drink, being intoxicated is not a crime. However, many restrictions and responsibilities accompany drug and alcohol consumption. Being aware of these before making the decision to drink alcohol can help a person avoid serious charges and their repercussions.

Anyone suffering from alcoholism or other forms of addiction should seek immediate medical attention. However, it should be noted that a person does not have to be an alcoholic to encounter one of the aforementioned types of drunk charges. For more information on the different types of drunk charges, visit our library of legal articles on this topic. If you or someone you know has been charged with an alcohol-related crime, becoming familiar with the specific types of charges in your state is recommended. Legal help should also be sought from a qualified attorney in your area who specializes in all types of drunk charges.

What Is a SCRAM Bracelet?

How to Check If a License Is Suspended Online

How To Calculate BAC

How Long Do Breathalyzers Detect Alcohol?

How Do I Get A Restricted License After A Dui Conviction?

What are the requirements for a hardship license in Texas?

What are the laws for entering canada after getting a dui?

What happens if I violated my DUI probation by not being able to pay for the alcohol classes the court ordered?

Do you have to disclose a DUI on an employment application if the DUI was expunged off your record?