Menu
Menu
Home » Articles » Traffic Violations » Why Do Policemen Touch Your Tail Light When They Pull You Over?

Why Do Policemen Touch Your Tail Light When They Pull You Over? 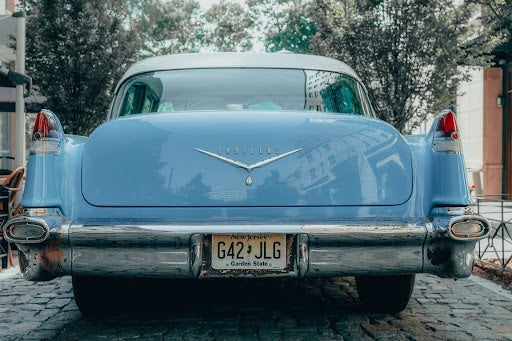 Get connected with a traffic law attorney in 60 seconds or less.

Whether or not you have ever been pulled over in your vehicle by a police officer, you have probably wondered about this age-old strategy: policemen touching tail lights when they pull you over. This occurs when a police officer gets out of his or her vehicle and approaches yours, but rather than heading straight to your window, the policeman will touch your tail light first.

Rest assured this practice is completely legal and common, dating back decades — at first being implemented to mitigate the risk that police officers are often exposed to when practicing traffic law. So why do cops touch tail lights, exactly?

Why Do Cops Touch Your Tail Light?

While most times a police officer approaches a vehicle, nothing out of the ordinary will happen. But, there is always the risk of danger, especially with violence against police increasing each year. Police need to be able to examine a vehicle quickly before approaching it, and touching/tapping a tail light can tell cops a lot about the person being pulled over.

For instance, this tactic can give the officer an idea of the driver’s mental state. Did the driver get startled when the officer touched the tail light, or were they too distracted by something else? Are they driving under the influence or hiding a weapon? These are questions officers must consider in the moments before approaching the driver. And while there are several theories about why cops touch your tail light, here are a few of the most common reasons.

1. To Startle the Driver

Inevitably, police officers are going to run into unsafe situations when they pull people over. Sometimes drivers will have illegal substances or prohibited items in their cars like guns, ammunition, or drugs. Naturally, if the driver does have something illegal in the vehicle, he or she will want to hide it before the officer approaches the window.

So, one of the reasons why cops touch tail lights is to startle the person inside. The driver is likely not expecting the noise of the tap, which typically causes him or her to stop for a moment, giving the police officer additional time to witness what the driver is trying to hide (if there is anything).

The continuous practice of this surprise tactic has proven:

However, the practice of touching the tail light of vehicles can put our police officers in a risky situation. This is because this practice exposes the police officer’s position making him or her susceptible to attack.

Originally, another reason why cops touch tail lights was to leave their fingerprints on the vehicle. In case the officer found himself in a dangerous situation while pulling over the subject vehicle, fingerprint evidence would prove that he or she was present at the scene. The fingerprints would only be utilized if the interaction between the driver and the cop led to a criminal investigation, like a car accident or shooting.

However, this isn’t always a surefire way to help an investigation some since the fingerprints can be smudged or tampered with, as well as washed away by rain or snow. More often than not, there are better ways for police to obtain evidence from a vehicular crime scene than the fingerprints on the car.

3. To Make Sure the Trunk Is Latched

Police officers put their lives at risk everyday on the job and must be prepared for danger and violence to arise at any moment. While tapping a tail light may startle a driver and leave evidence on the vehicle, there is another tactic cops use. If the police officer believes they are in a dangerous situation as they pull you over, they may touch the backend of your vehicle on the way to your window to make sure the trunk is latched. It might sound bizarre, but this tactic ensures that no one is hiding in the trunk and could pop out.

If a police officer does check that your trunk is shut, they will typically have their partner with them. One officer will check the trunk, while the other approaches your window. This is to ensure the safety of the officers and make sure the driver is not able to get away with hiding anything or obtaining a weapon while the officer is checking the trunk.

Due to the rampant crimes that happen on the road, officers are exposed to greater danger than in the past. In lieu of this practice, our law enforcers, instead, have adopted new technology in implementing traffic rules.

Now, there are security cameras installed on almost every corner of the road, and it’s standard for all cops to have dash or body cams recording live video of the vehicle and every interaction that happens between the driver and the officer, eliminating the original reason tail tapping was ever implemented.

Some police departments still instruct their officers to leave some form of fingerprint evidence on the car, but it does not have to be a tail light. If you get pulled over and the officer still touches your tail light, it’s likely out of habit rather than necessity.

Is It Safe for a Cop to Touch Your Tail Light?

Cops touching your tail light as they pull you over seems like an innocent strategy, but is it actually compromising their safety? With violence against police happening more often than ever, tail light tapping could cause officers to be in danger. F

or instance, some police departments will instruct their officers not to touch tail lights at all, while others tell them to only touch the side of the vehicle, not the very back. Touching the tail light could put the officer right behind the vehicle, which would put them at risk of being hurt if the driver puts the car in reverse. As morbid as it sounds, these things happen, and officers must always be prepared for the worst as they approach any vehicle.

To learn more about traffic law, check out what happens when you get pulled over without a driver’s license.

Do You Need Help With a Traffic Incident?

If you’ve been pulled over by the cops and have questions about a ticket you received, get a free case evaluation by a local attorney to learn about your options.

How to Register a Vehicle Without a Title

What Is Double Parking?

Where Can I Get a Photo ID Besides the DMV?

What Does a Flashing Red Light Mean

How to Check If a License Is Suspended Online

What Happens When You Get Pulled Over Without a Driver’s License?

Why Do Policemen Touch Your Tail Light When They Pull You Over?

How To Find Out If A License Is Active Or Suspended?

How To Find A Lost Traffic Citation Number

How Does A Restricted License Work?