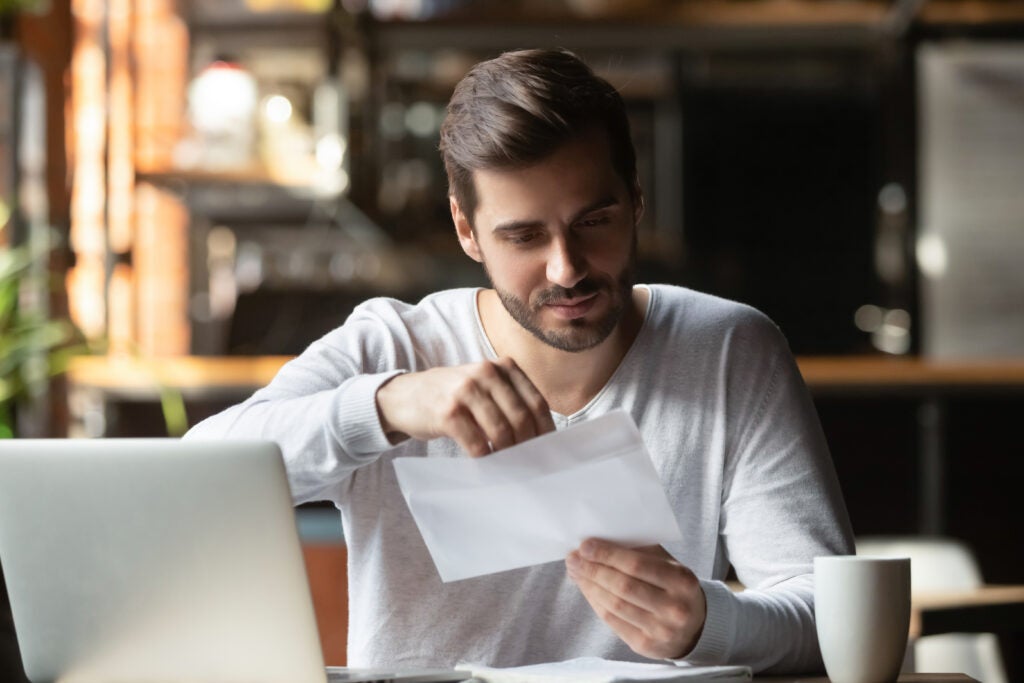 It’s a common belief that legal disputes are resolved within the four walls of a courtroom. In truth, most disputes are settled before a judge or jury is asked to decide a case. Sometimes, the process of resolving a dispute begins with a “demand letter.”

Informal emails, phone calls, and postal mail can be used to inform one party that another believes something is wrong and should be righted. What is a demand letter and how is it different from any other communication? A legal demand letter informs one party, typically a person or a company, that a problem exists and that taking specific steps could efficiently resolve the concern described in the document.

These steps may involve acting in a certain way, such as paying an overdue balance. Or, they may involve stopping something that is already happening, such as trespass onto a property owner’s land. These letters usually outline what consequences could result if the receiving party doesn’t right the perceived wrong.

The purpose of a demand letter is usually to try and resolve a dispute before taking legal action becomes the next logical step. If the sender of a demand letter can get the recipient to do what they want, they could potentially avoid having to file a lawsuit, write a formal complaint, or take other action.

While demand letters are usually drafted by lawyers, they can be written by anyone. These legal tools are almost always used in civil, rather than criminal, matters. This is because prosecutors and law enforcement officers typically don’t warn individuals that continued lawbreaking will lead to consequences, they simply arrest offenders if probable cause exists.

When Are Letters of Demand Used?

Many kinds of legal concerns and disputes may be identified and potentially resolved by a demand letter. This is why the issue of What is a demand letter? is a little complicated. Yes, the basic purpose of all demand letters is the same: To get someone to do something or to stop doing something. But demand letters can be structured differently and contain different terms depending on the legal issues they’re addressing. Common reasons why lawyers draft demand letters involve:

Demand letters and responses can also create a paper trail. They can be used as a tool of negotiation when trying to avoid a lawsuit. They may be used to persuade someone that avoiding litigation is in their best interests. And they can serve as evidence of the efforts made, or not made, by both parties to resolve the issue in question if a lawsuit related to the underlying issue is ever filed.

Demand letters may be sent via postal mail or electronically. There is no single structure or format that is used to draft a letter of demand. But, most contain the following elements:

Next Steps if You’ve Received a Legal Demand Letter

If a legal demand letter has been sent to you by someone who believes that you’re violating a law or failing to follow through with an obligation, you shouldn’t ignore the demand. You should carefully consider what the sender is insisting upon and ask yourself whether the request is worth honoring.

Be careful before you either take action or decide to do nothing. Some people use demand letters to intimidate or coerce others. They aren’t always sent in good faith. Sometimes, doing nothing is the best course of action after receiving a demand letter. But, depending upon what the sender is threatening to do if you fail to comply with their request, you could face a lawsuit if you ignore their demands. A demand letter doesn’t serve as notice of a lawsuit but it could be the last warning you’ll receive before you get sued.

Some legal demand letters are reasonable and easy for the receiver to honor. If you’re fine with the suggested remedy, make sure to let the sender know that you plan to comply with their request. If you have questions about the suggested remedy, ask for clarification so that you can make informed choices about your next steps.

If you’ve received a communication that matches this general description and you’re unsure of your options, it may be time to speak with a lawyer. It may also be beneficial to speak with an attorney if the demand letter appears to be a scam. If the facts articulated by the sender are inaccurate, if the demands made by the sender are unreasonable, or if the letter is truly threatening, the communication may be an attempt to defraud you.

Have Your Demand Letter Evaluated by an Attorney

If understanding What is a demand letter? helps to clarify your situation but doesn’t meet all of your legal needs, speak with a lawyer. If you’ve received a demand letter and need to plan your next steps, request a free case assessment today.

Product Liability: Do You Have a Case?

What Is Discovery in Law? A Guide for Non-Lawyers

Personal Injury Cases: A Guide to Damages and Settlements

How To Sue A Company

When to Sue for Defamation, Slander, and Libel