(2) citizens of a State and citizens or subject of a foreign state;;

(4) a foregin state . . . As plaintiff and citizens of a state or of different states

For the purposes of this section . . .  An alien admitted to the United States for permanent residence shall be deemed a citizen of the State in which such alien is domiciled.

What is required in order for a party to change its place of domicile?

*Note: the stateless U.S. Citizen.  Mases move to France and establish domicile there.  Mrs. Mas is not a foreign citizen nor has she retained citizenship of any state.  She is not covered by § 1332 and therefore there is no diversity jurisdiction for Mrs. Mas.

How do we determine Principal Place of Business

*Note: Burden is on party trying to establish j/d

*Note: Fed? in a defense does not give district ct.’s j/d, but it does give the SCT appellate j/d

Can a state court exercise PJ over non-resident who has not been served in the state, and who owns property in state that was not attached before the litigation

Ct. may only enter judgment if the party:

Did International Shoe’s actions in WA subject them to PJ?

Systematic and continuous actions carried out by corp. or its agents is enough to establish PJ. Did the corp. seek/receive the benefits and protection of forum state law?

Single or occasional acts GIVE RISE TO the litigation

Is a non-resident Corp. subject to PJ merely for contracting with resident?

“It is essential in each case that there be some act by which the D purposefully availed itself of the privilege of conducting activities within the forum state.”

I.e. P must have initiated a contact in forum state

How extensive must contacts be in order to exercise in personam j/d?

Is awareness that a product may reach remote j/d when put in stream of commerce sufficient to satisfy miniC under Due Process?

MiniC require that there be some act of purposeful availment of the privilege of conducting activites in forum state. Asahi didn’t market or advertise in CA.

(even if miniC was satisfied, would it have been reasonable? Hell no, two non U.S. D’s)

Can a foreign corp. he subjected to PJ in NJ for availing itself of the U.S. market, if it was reasonably foreseeable that their products would end up in NJ?

“D’s actions, not his expectations, empower a state’s courts to subject to PJ”

A D may subject himself to j/d of the courts of U.S.A. but not of any particular state

PJ and the Internet

If the article was accessible in IL, is that enough for miniC?

CA had PJ over FL writer

*Note: Fed court’s ability to require out of state D to show up and defend is generally no broader

Give Rise To v. Related

Evidence Test: a claim arises out of D’s contacts only if “ the D’s forum contact provides evidence of one or more elements of the underlying claim.”

But-for Test: a claim arises out of a contact if the claim would not have arisen but for the D’s contact with the state (more expansive approach)

How extensive must party’s contacts with forum state be for GENERAL J/D?

Party’s contacts must be “continuous and systematic (`SUBTANTIAL’)” in nature.

In Rem/ Quasi in Rem

A summons must be served with a copy of the complaint. The plaintiff is responsible for having the summons and complaint served within the time allowed by Rule 4(m) and must furnish the necessary copies to the person who makes service.

Any person who is at least 18 years old and not a party may serve a summons and complaint.

(e) Serving an Individual Within a Judicial District of the United States.

Unless federal law provides otherwise, an individual — other than a minor, an incompetent person, or a person whose waiver has been filed — may be served in a judicial district of the United States by:

(1) following state law for serving a summons in an action brought in courts of general jurisdiction in the state where the district court is located or where service is made; or

(2) doing any of the following:

(A) delivering a copy of the summons and of the complaint to the individual personally;

(B) leaving a copy of each at the individual’s dwelling or usual place of abode with someone of suitable age and discretion who resides there; or

(C) delivering a copy of each to an agent authorized by appointment or by law to receive service of process.

Unless federal law provides otherwise or the defendant’s waiver has been filed, a domestic or foreign corporation, or a partnership or other unincorporated association that is subject to suit under a common name, must be served:

(1) in a judicial district of the United States:

(A) in the manner prescribed by Rule 4(e)(1) for serving an individual; or

(B) by delivering a copy of the summons and of the complaint to an officer, a managing or general agent, or any other agent authorized by appointment or by law to receive service of process and — if the agent is one authorized by statute and the statute so requires — by also mailing a copy of each to the defendant; OR

(2) at a place not within any judicial district of the United States, in any manner prescribed by Rule 4(f) for serving an individual, except personal delivery under (f)(2)(C)(i).

Is notice given to out-of-state parties by publication, when addresses were known, constitutional?

Notice must be reasonably calculated to inform known parties.

However, constructive notice by publication was acceptable with regard to missing or unkown parties or for those whose whereabouts couldn’t be found by due diligence

The P may ask the D to waive formal service.  P send D notice of action, 2x waiver form, complaint, prepaid envelope.  30 days to return waiver, 60 if outside U.S.  If D does not return waiver, they must pay the costs of formal service, including attorney’s fees for any motion to later collect.  If D waives Service, 60 days to answer complaint rather than 21 days after being served.  90 if outside U.S.

Was venue proper in Puerto Rico?

As long as what happened in the forum was an important part of the “sequence of events” or “historical predicates” giving rise to the case, venue is proper.

Can a claim survive 12(b)(6) when only legal conclusions have been alleged, no facts?

Facts must be alleged that make the claim plausible

What is the minimum standard for a sufficiently pleaded complaint?

Facts sufficient to make a claim plausible are necessary, not just possible

“No set of facts” standard is out, even wholly conclusory complaint would pass that

Complaint must show P is entitled to relief, not merely allow for inference of misconduct

“Needs to nudge complaint across the plausible/conceivable line”

Responding to the Complaint

Motions Against the Complaint

In responding to a pleading, a party must [respond to every allegation]

If answer contains new factual allegations, the complainer does not get a chance to admit or deny.

Care and Candor in Pleading

By presenting to the court a pleading, written motion, or other paper — whether by signing, filing, submitting, or later advocating it — an attorney or unrepresented party certifies that to the best of the person’s knowledge, information, and belief, formed after an inquiry reasonable under the circumstances:

(1) it is not being presented for any improper purpose, such as to harass, cause unnecessary delay, or needlessly increase the cost of litigation;

(2) the claims, defenses, and other legal contentions are warranted by existing law or by a nonfrivolous argument for extending, modifying, or reversing existing law or for establishing new law;

(4) the denials of factual contentions are warranted on the evidence or, if specifically so identified, are reasonably based on belief or a lack of information

Rule 11 demands “an objective determination of whether a sanctioned party’s conduct was reasonable under the circumstances.”

Factors for determining reasonableness of inquiry:

**If a reasonably clear legal justification can be shown for the filing of the paper in question, no improper purpose can be found and sanctions are inappropriate**

So long as there is legitimate basis in law and fact, subjective intent doesn’t matter.  There are often multiple purposes for filing a claim.

*Note: Sanctions are for deterrence, not punishment

If answer contains new factual allegations, the complainer does not get a chance to admit or deny.

(b) Amendments During and After Trial.

(1) Based on an Objection at Trial.

If, at trial, a party objects that evidence is not within the issues raised in the pleadings, the court may permit the pleadings to be amended. The court should freely permit an amendment when doing so will aid in presenting the merits and the objecting party fails to satisfy the court that the evidence would prejudice that party’s action or defense on the merits. The court may grant a continuance to enable the objecting party to meet the evidence.

(2) For Issues Tried by Consent.

When an issue not raised by the pleadings is tried by the parties’ express or implied consent, it must be treated in all respects as if raised in the pleadings. A party may move — at any time, even after judgment — to amend the pleadings to conform them to the evidence and to raise an unpleaded issue. But failure to amend does not affect the result of the trial of that issue.

When evidence is offered at trial that is relevant only to an unpleaded issue, the proffer gives notice that the unpleaded issue is being injected into the lawsuit.  To demonstrate lack of consent, the objection should be on the grounds that the contested matter is ‘not within the issues made by the pleadings’.  If a party does not object that the evidence is irrelevant, he has impliedly consented to interjection of the new issue by his silence.  The presumption of implied consent is even stronger if the party opposing interjection of the new issue was himself the one who offered the evidence. 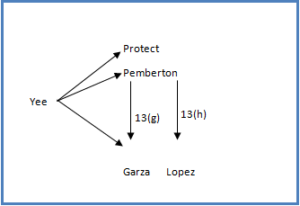 Can D join 3d parties to a strict liability suit ?

NJ law says that joint tortfeasors need to be liable under the same theories of liability. 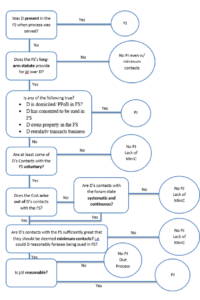 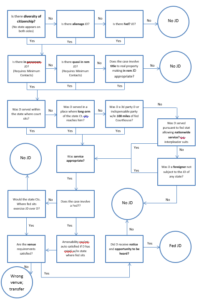